Fred Yates is represented by John Martin Gallery, London and has been so for the last fifteen years.

Fred Yates was born in Urmston, Lancashire, England in 1922. He began his working life as an insurance clerk but this career was cut short by the Second World War, during which he served as a Grenadier Guards. His twin brother was killed during the failed attempt to capture the bridge at Arnhem in September 1944.

After the war Yates took up painting on his return to Manchester – initially as a painter and decorator. It was whilst working in Manchester, and training to become a teacher, that Yates began painting – much in the vein of LS Lowry; although he strove for recognition in his own right,and achieved this in his later years.

By 1970 Yates was living and working in Cornwall, England, as a painter. In Cornwall, he painted almost exclusively outdoors – scenes of local village life, clifftop and beach scenes. It was around this period that Yates’ commercial success began after the “St Ives 1939-64” exhibition at the Tate Gallery in London. It was also around this time that Yates had a solo exhibition in Geneva which saw some of his work purchased by Henri Cartier-Bresson. Yates has works in private collections in France, UK, Canada and the United States of America.

In the early 1990s Yates moved to France to a small village called Rancon in department 87, Haute-Vienne . Here he painted local scenes, one of his favorites being a small chapel in the woods just outside Rancon, called Saint-Sulpice. He both met and encouraged local artists and worked with British artists based in the area. He collected houses like people collect stamps and soon acquired several, each as individual as himself. In his later years, he purchased a house in Drome, Provence, where the light and air were more suited to a man in his 80’s. Despite his advanced age he continued to paint regularly and travel widely right up until his death.

Yates died of a heart attack on returning to England in July 2008. A Fred Yates Society has been established to assist in preserving and promoting his work. Fred is buried in one of his favorite spots in Cornwall overlooking Saint Michael’s Mount. 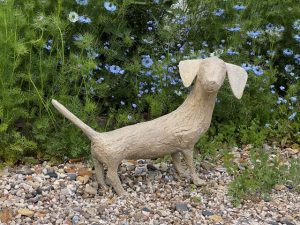 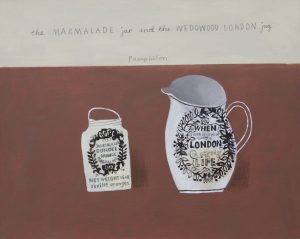